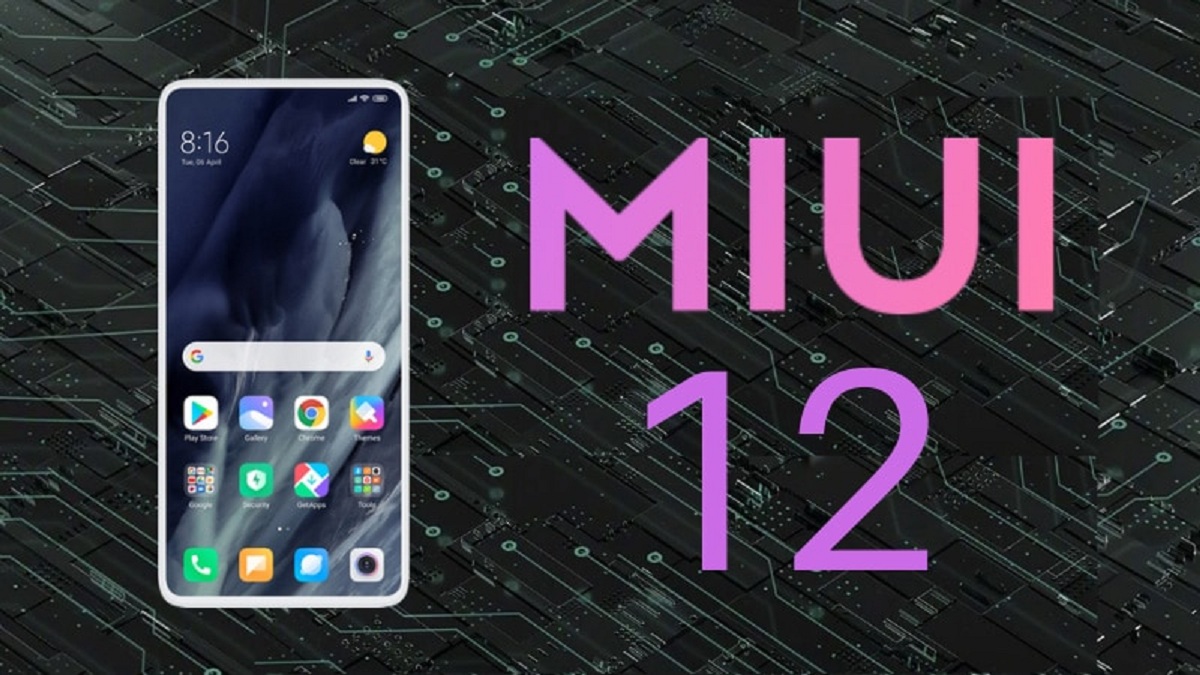 Xiaomi recently launched a brand-new update MIUI 12 in china now it is stage in beta after that it gives stable version and provide globally top new features with the MIUI 12.

First one is going to be to the notification bar so if you want to look at the notifications this is how it will look very clean there are no quick settings toggles now but how do you access those simply swipe down from the right side and you will get this brand new control centre.

I wonder from where they got this name control centre it’s completely changed now I’m glad that they still have the Settings button here you can edit all these quick settings trials and these are not the only ones you can swipe down and you can access all the quick settings tiles if you want to change the position simply click on this edit button and you will be able to do.

Now the new update is that you will get all these four big tiles first one is the amount of mobile data that you have used then Bluetooth geo 40 this is for mobile data. And this is for Wi-Fi everything can be turned on or turned off from here if I want to access more Wi-Fi options then press over here I’ll be able to see all the Wi-Fi that I can connect to and it will connect to the Wi-Fi directly what do you think about this brand new control centre.

MIUI 12 adds floating windows with same multi-window experience as on a desktop. Many of the application opened in floating window which occupy such a small section like Instagram, Facebook, WhatsApp, and many other apps.

Samsung UI and it’s successor One UI have supported same feature called ‘’Pop-up view” for many years. Xiaomi’s also starting to give one hand, smoother and responsive experience in MIUI 12 version.

MIUI 12 introduces it another new features next update is with wallpapers and there’s something called as dynamic wallpapers, and there are brand new wallpapers. There are basically two new wallpaper group called “Super Wallpaper” which include background lots of zoom, start from always on display to the main homescreen. Depend on you which would you like to choose whether a Earth or Mars live wallpaper as the background.

The level of zoom increases at the lockscreen bring you much closer to the orbit of the planet. When the screen is unlocked, you can see view of the planet and scroll left or right on the homescreen, and the background also moves.

Lastly, I want to say that when you enter a folder, the view of planet slightly closer to the surface and refracts back to the same height above the planet when you will exit the folder.

MIUI 12 improved is dark mode obviously I do not prefer to use dark mode because sometimes it becomes little bit irritating because the surrounding conditions are dark like I have turned off all the lights the display is dark but there is much text that it becomes too bright for me and that’s why I do not use dark mode a lot but with new MIUI 12 you will get this new option.

In new MIUI 12 contrast it automatically which will basically adjust the contrast of the text so that it doesn’t become way too bright for your eyes when everything is turned off and this will be dependent on the surrounding conditions.

MIUI 12 changes lot aminations and fonts in setting and many other fields. There are subtitle changes to the standard icons that are part in MIUI themes.

In MIUI 11, the animation of launching the app is terminates along the centre of the screen. But in MIUI 12 some changes are, the window expands right of the app and goes back into the icon when open or exit the application. Along with new animations added on opening and closing the apps.

It is also bringing two new features in gallery and file manager apps. The first one memory, which can be used to create short videos or collages using existing videos or images you have. For doing collages, you can choose different orientation, add text, and edit every image individually. And for short videos, you can choose different background and templates or download more.

Now we are coming to the file manager storing, there is a new icon at the right sight in bottom by tapping the icon it gives new sorting menu that allows you to arrange different folders and files by name, file type and size. You can also change the view of grid and list option in file manager.

MIUI 12 received an important update in the MIUI launcher with stable MIUI 11 China. It is available natively in MIUI 12 and it can be activated from settings. The launcher is similar to POCO launcher in terms of operability and appearance but their certain lacks on the option of sort and group apps. While the globally builds currently does not available the app drawer in MIUI 11, we expect that in MIUI 12 this feature is added global.

However, if the users are comfortable with iOS style, you can also continue using launcher style, which is also available in MIUI.

Animations in MIUI 12 aren’t just limited to the home-screen and so, the control centre but also accentuate different menus within Settings. For example, there are new animations to spotlight the battery capacity, and battery usage graphs. additionally, to the quality plot that shows battery percentage across time, you’ll now also view the battery consumption for every hour.

Once you tap thereon, you see the whole internal storage represented as a cylinder with different colored disks stacked on top of every other, representing the various items that occupy the storage. you’ll swipe your finger to wash through these different elements and tap on each individually to look at items under each category.

A cross-platform file-sharing platform, which was jointly announced by Xiaomi, OPPO, and Vivo a couple of months backs, has been available in select Xiaomi, OPPO, Realme, and Vivo devices for quite it shows under different names. On Xiaomi devices, it’s called Mi Share.

This feature, however, could also be limited to China since the laptops aren’t available elsewhere.

MIUI 12 gets new features to assist you improve your fitness and mental wellness. Starting with the previous, the pre-existing, built-in step counter is now supplemented by automatic tracking for running, cycling, and stair-climbing. Furthermore, there’s a brand-new sleep tracker that records the time and quality of your sleep supported the movements and sounds you create at night time. It uses the microphones on a Xiaomi or Redmi smartphone to record your snoring and any sounds you would possibly make while sleeping to account for paradoxical sleep. additionally, to tracking workouts, the Mi Health app also tracks the quantity of times you stood up and sends you sedentary reminders if you haven’t moved around in a while.

When it involves mental wellness, Xiaomi has also redesigned the Screen time dashboard with new graphs for daily and weekly usage. Additionally, as we saw during a leaked MIUI 12 build, you will be ready to now add a custom time duration for the main target Mode. These features aren’t yet available in global builds and are substituted by Google’s Digital Wellbeing. However, Xiaomi’s own version is visually pleasing – although, once more, fairly similar to screen time feature in iOS.

Remember Google Assistant’s Call Screen? Xiaomi is doing something similar with its XiaoAI voice assistant but instead to assist users with speech or auditory disabilities. The feature will be enabled from the Accessibility settings, and each time you create a call then, you see an AI Calling button right within the middle of the display. you’ll be able to toggle this feature and a computer-generated voice talks to the person on the opposite side.

The AI also transcribes the conversation and attempts to answer some questions itself. Alternatively, you’ll answer select from a listing of suggested responses or write your own response within the text box, and also the AI will speak it out for the person on the opposite side. you’ll also make a choice from male and female voices.

Since this feature is currently available within the Mandarin language, we couldn’t verify its accuracy. Further, XiaoAI is proscribed to China and only supports the local language, and so, we don’t expect it to be available in other regions, but we hope that Xiaomi develops it for other key regions like India and parts of Southeast Asia.

There’s tons of emphasis in MIUI 12 to apprise users of the permissions accessible to any app. These prompts for each time an app requests access for the camera, microphone, or location are shown in big fonts and occupy nearly one-third of the display. additionally, once you launch a system app for the first time, MIUI 12 commands your attention towards the data the app are getting to be accessing.In addition, there’s “Flare” which raises an alarm whenever an app is trying to use the camera, microphone, or location without your permission. This feature also maintains a log of each time any app uses certain permission.