A fungal infection is caused by a species of fungi invading the tissues of the body. They are also referred to as mycoses. Fungal infections can be minor, affecting only the skin, and they can also be serious, affecting vital organs like the lungs and even the blood. There are over 1.5 million species of fungi; however, only 300 species are related to human diseases. Furthermore, only about 25 of these 300 are common causes of an infection. Some fungi will only affect a weak immune system (opportunistic), while others will affect both weak and healthy immune systems (pathogenic).

There are four main classes of microbes; bacteria, virus, parasites and fungi. Fungi can exist either as unicellular or as branching filaments.  Anyone can be infected by a fungus. However, some conditions can make certain people more susceptible to infection. Some of the susceptible people are;

Usually, a fungal infection occurs when one is exposed to a fungi-infected area. When the immune system of an individual is weak, and the body of the individual serves as a conducive environment for the thriving fungi, one can be easily infected.

More severe cases of infection require immediate medical assistance, but some mild cases of infection can heal naturally. The ones that are spread throughout the body must be treated to avoid worse cases, possibly leading to death.

A fungal infection can be grouped separately depending on some factors like;

There are two main types of fungal infection; Superficial and Systemic.

These infections can be caused by both mold forms of fungi and yeast. Usually, the skin is crowded with a mixture of microbes. If there is an opening in the skin, the microbes can lead to a skin infection. Also, if the carrier has a weak immune system, an infection can result. If there is an increase in the number of fungi, and a decrease in the number of bacteria present in the microbes, this change can lead to a fungal infection.

Yeast Infection: When there is an increase in the growth of Candida albicans; a species of Candida, Candidiasis is the resulting effect. This is a common yeast infection. Following research, about three quarter of the population of women will get at least one yeast infection in their lifetime. In people with a weak immune system, Candidiasis can lead to several other infections.

Dermatophyte infections: Fungal nail infection (found between finger nails and toe nails), Ringworm (found on scalps, back, neck and any part of the body), Barber’s itch (found mainly in men around the chin area) and jock itch (found around the upper thighs and groin region) are some common example of dermatophyte infection. Dermatophytes are mainly found on the surface of the skin, as they rarely go beyond the skin. They can cause scaling skin, blisters, peeling skin, itching and redness.

Others: Other superficial infections include; Sporotrichosis (caused by a fungus called Sporothrixschenckii), and Tineaversicolor (notable by coloured patches on the skin).

A systemic fungus is one which can easily be spread throughout the body. It is usually more serious than superficial infections. People can contact this infection by coming in contact with infected soil.

A lung infection will begin when fungal spores are inhaled. This (the lungs) is a very dangerous position for the infection, as the infection can be easily spread to the blood, other vital organs and tissues of the body from here. Sometimes, it can invade the meninges, causing the case called meningitis.

For people that have strong immune systems, a lung infection can cause only mild problems like headache, rashes, muscle ache and fever. The infection might not spread to other parts of the body since the immune system is very active. However, with time, the silent infection might grow to become active.

Lung infections can be very critical, spreading throughout the body with accompanying symptoms like weight loss, chest pain and excessive sweating at night. At other times, the spreading process can be fast. For people that have some underlying lung disease, organ transplant, weak immune system or HIV/AIDS, the infection might be more critical. The result of a lung infection might be damaged lungs, bones or other vital organs in the body.

Below are some common infections of the lungs which can become systemic;

To diagnose fungal infections, there are several laboratory tests that can be used. Some of the tests are;

Professional healthcare personnel can diagnose fungal skin infections by carrying out a clinical evaluation. Asides the normal symptoms, there are some characteristic signs associated with some types of skin infections. Signs like; infected nails and growth between the toes. However, by carrying out a mere clinical evaluation, the medical personnel cannot tell the specific microbe responsible for the infection. This is where laboratory tests are needed. Some tests include;

For this category, the symptoms associated with them are not specific and could be easily mistaken for something else. By carrying out a laboratory test, one can determine the exact microbe responsible for the particular infection. A sample which might be blood, urine, a tissue biopsy, or cerebrospinal fluid is collected depending on the location of the infection. Some of the tests done here include;

Some other tests that are conducted relating to fungal infections are;

There are other cases where tests can be done outside the laboratory. For instance, an X-ray might be required to check for fungal masses.

Some fungal infections cannot be treated and may reoccur after treatment.

To treat a superficial infection, an antifungal treatment can be used, either topical or oral. The Fungal Infection Treatment at STI Clinic London depends on certain factorssuch as test result, fungal culture result and experience of the medical personnel.

The period of treatment might be short or long, depending on the type, persistence and location of the infection. A skin infection treatment might last up to some months, while the vaginal yeast infection might only take a couple of days to be treated.

For systemic infections, regular treatments might be needed for some years. People with weak immune systems might need to be placed on regular maintenance therapy throughout their lifetime. In severe cases, surgeries might be required to eradicate the fungal mass.

You can contact us by calling 020 7183 0649 for more information about fungal infections, diagnosis and treatment. 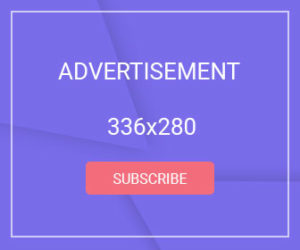