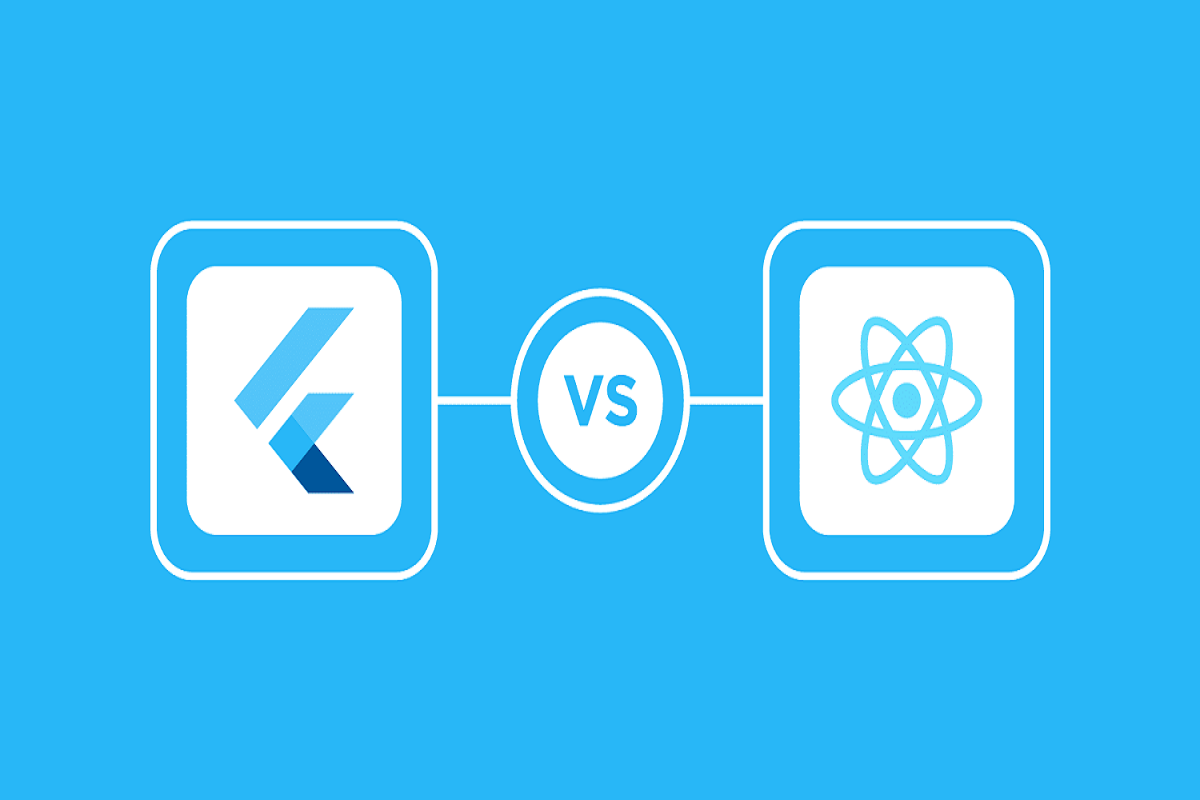 React v/s Flutter – 61% developers prefer Flutter whereas 81% prefer React Native for app development. However, the decision of selecting a framework depends on the purpose, budget, target audience, requirements, team, and expertise. Regardless, both React and Flutter are promising technologies. They deliver high performance, huge community, and trust. According to Stack Overflow’s most-loved technology criteria, Flutter stands at 67.8%, while React Native has 57.9% of votes. From a popularity point of view, React Native scores 11.5%, whereas Flutter stands at 7.2%.

So, both are equivalent and better competitors. However, the question is – what’s best for you? Is it React v/s Flutter is React Native App Development or Flutter App Development Services?

Flutter and React: In a Nutshell

The app development market is full of hybrid apps because they provide platform independence and access to inbuilt device features. Also, they are more affordable than native apps. Hybrid apps may be slow and lack an intuitive interface, but React Native, and Flutter frameworks eliminate it. Here’s how.

React Native is a JavaScript framework built on React library and created by Facebook. The renowned cross-platform app framework started as an internal hackathon project at Facebook in 2013 and, in 2015, became available to the public.

Being older than Flutter, it boasts a huge community. Facebook is also making noticeable enhancements such as lean core for reducing app size. Turbo modules for module handling, and React Native Fabric for the restructured UI layer.

Flutter: A New Competitor in the Market

Flutter is a cross-platform app development framework that uses the Dart language. A team at Google built it and released the beta version in 2017. Since then, the demand for Flutter app development services is skyrocketing. In 2 years, it has 13k GitHub contributors. The average Flutter queries are 86 per day.

All this popularity is due to its development ease, customizable components, widgets, and features like a single codebase.

React v/s Flutter: Who is the Winner?

Both are the best picks for cross-platform app development. Sometimes knowing the features and differences help us gain perspective. This side-by-side might help.

React Native uses JavaScript, whereas Flutter uses Dart. For cross-platform development, JavaScript is the oldest and the most stable app development language. Dart, on the contrary, is new. It was launched in 2011 and may not have that expertise or easy learning like JavaScript. However, its modernity is an advantage. It’s two times faster than JavaScript with both the compilers: ahead-of-time (AOT) and just-in-time(JIT). Hence, the performance is much better in Flutter apps.

Your Flutter app can yield an animation runtime rate of 60 frames per second.

You can achieve the same speed in React Native with third-party libraries. But more libraries create complications in the development.

And with that, Flutter wins the race of performance.

If you know JavaScript, you know that you can install React Native using a Node Package Manager, which is relatively easy. However, Flutter installation is complicated. First, you download it as a zip file. And then, you need to add it as a PATH variable from the command line and go through all the required steps. These command-line installation steps make it complicated, but for a developer, it should be fine.

The conclusion is that React Native is easier to install than Flutter.

React Native makes it challenging to update and debug the code. Here, the code interferes with the framework to sync well, which slows down the development process. In addition, native components use 3rd party libraries, which may be outdated and difficult to maintain.

Flutter is easy to maintain. The single code base helps developers to spot the issues, whereas hot reload helps fix them instantly. It also allows developers to source external tools and supports 3rd party libraries.

React has a Hot Refresh feature that saves developers time in testing. Flutter has Hot Reload, which is equivalent to Reach’s refresh feature. Both are better for IDE support. They allow developers to choose the editor or IDE of their choice.

However, when the complexity grows, it would be difficult for developers to adapt to Flutter concepts. A basic understanding of Dart won’t be sufficient to develop complex features as it’s not a common programming language. Also, many IDEs and text editors lack Dart support.

JavaScript is an old language. It has a vast community, and so does React. Even if a developer is stuck, they have a back to find solutions.

No doubt, Flutter is pacing up, yet React is the Winner.

What Should you Choose?

React Native App Development, if you have prior experience of JavaScript and require constant support from the community. It’s best if you want to:

Choose Flutter App Development Services if performance is a big deal for you. Or, you:

These are some pointers to consider. The final decision should be according to your requirements, target audience, and budget. A development team with hands on both technologies can guide you in the right direction.